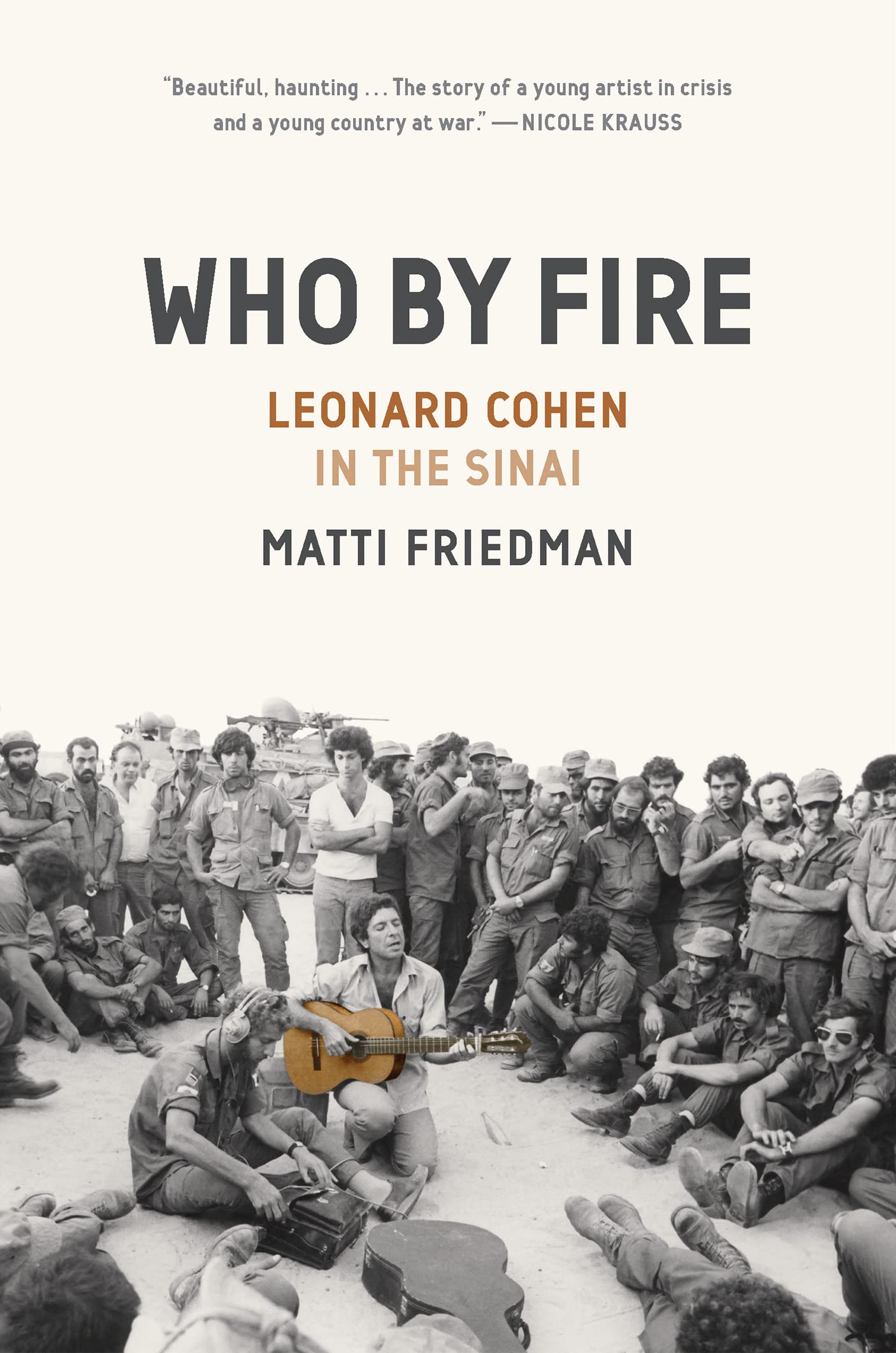 Who By Fire: Leonard Cohen in the Sinai by Matti Friedman

As poet and musician Leonard Cohen—who grew up in a prominent Orthodox family in Montreal—listened to reports of the outbreak of war in Israel on Yom Kippur in 1973, he decided on an impulse to catch the next flight to Israel. When a group of musicians spotted Cohen in a Tel Aviv cafe, they persuaded him to join them in performing for the besieged troops at the front. Matti Friedman combines biography and Israeli history to tell the riveting story of that tour based on Cohen’s diaries and the memories of those fighting who heard him sing.

The Sabbath of the Land with Rabbi Yedidya Sinclair

Understanding. Transforming. An Evening with Roots.